We are a lending library, founded in 1886, offering English books in print and audio CDs We are run by volunteers and a membership is open to all.

Our catalogue of over 12’000 books includes fiction (with a huge crime/thriller section), biography, classics and many kinds of non-fiction.

We also have a large children’s book section. 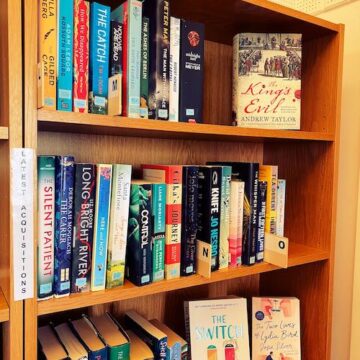 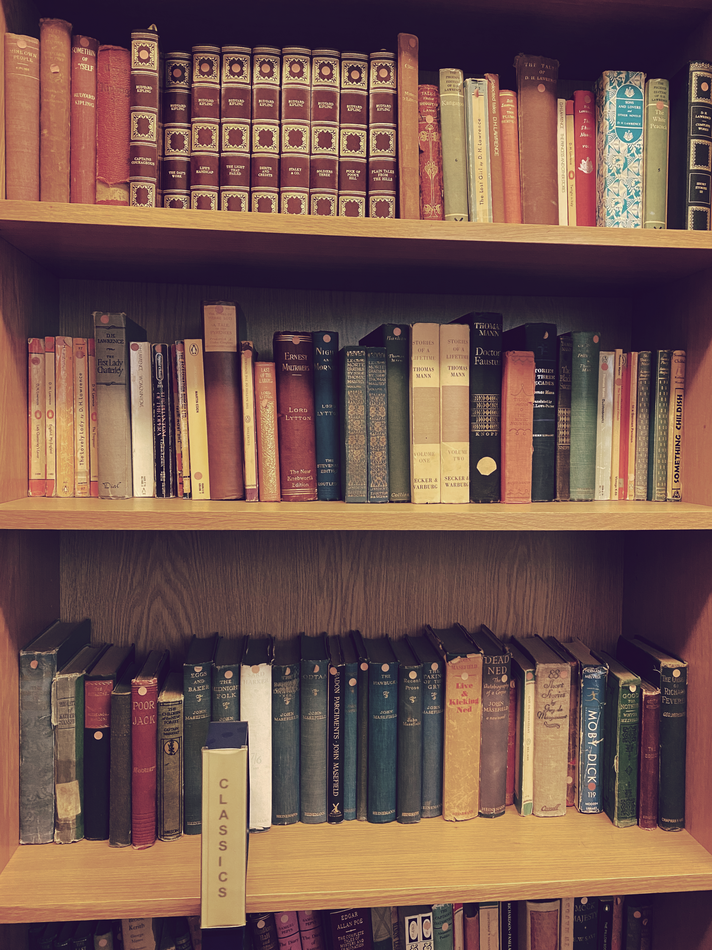 The first mention of the English Library is in the minutes of a meeting of St.John’s Church, Territet. The church was built in 1875 and by 1886 the lending library, housed in the vestry, was in full working order under the presidency of Sir George Gunning Bart.

By the beginning of the 20th century the library had moved to the Institute, a building attached to St. John’s. At this time there were over 5000 English citizens living in the area, served by five English doctors and three large English churches.

In 1953, after 67 years at St.John’s, the English Library was asked to leave in order to make room for a new chaplain and his large family. The library found new premises first in the Hotel Helvétie, then in the Hotel Suisse in Montreux.

In 1984 the Hotel Suisse was sold and the English Library once again had to look for a new home, a very difficult task. Finally the Commune of Montreux proposed the use of the nuclear fall-out shelter under the Collège Vinet in Clarens, a less than ideal location since the library had to remain mostly closed during school holidays.

In July 1996 the English Library moved to its present location in the center of Vevey and there celebrated its 125th anniversary. It is run by a volunteer committee and volunteer librarians (alas, no more Sirs). The English Library is a non-profit organization which uses the annual subscriptions of its members for the purchase of books and operating costs of the Library.